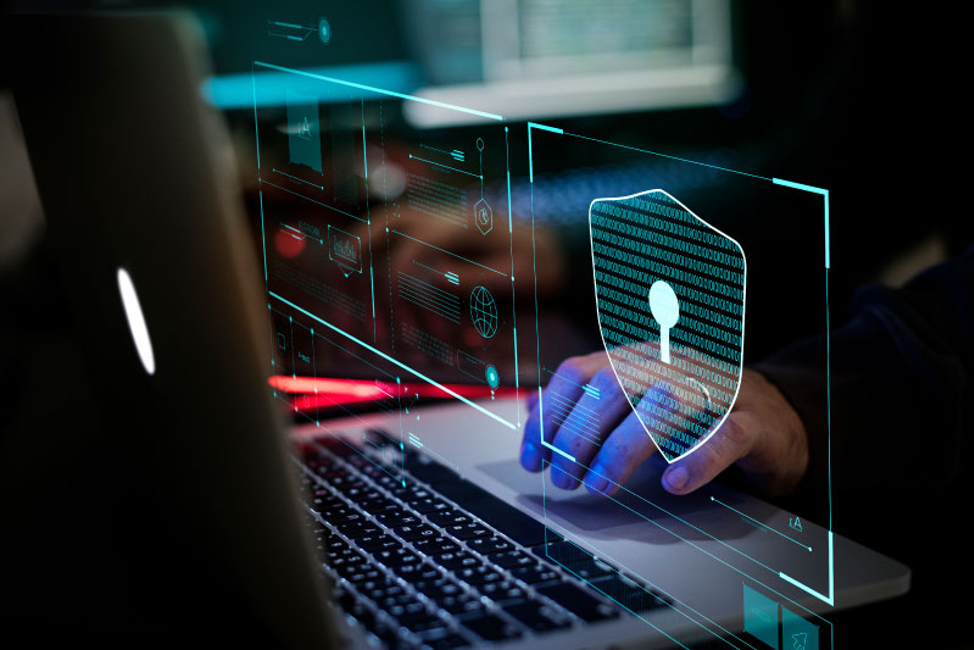 Using open source packages is becoming more and more popular. Open source libraries are developed by the community for the community and many have already discovered the benefits of using them, including:

According to Wikipedia, “A vulnerability database is a platform aimed at collecting, maintaining, and disseminating information about discovered computer security vulnerabilities.”

Let’s take, for example, the US National vulnerability database (NVD). The NVD is getting updated on a daily basis. In fact, according to their statistics page, over 50 vulnerable components are scanned and processed every day. There are currently over 26,000 of high severity software components and more than 9,000 of critical components.

The Risk of Using Vulnerable Components

Hackers constantly find creative ways to exploit vulnerabilities. For example, let’s take a look at the high severity component CVE-2019-10742. This vulnerability affects the popular NodeJS Axios HTTP client in versions prior to the 0.18.0 version. Using it to download data may cause high CPU usage finalized by denial of service.

Using vulnerability scanning during the build process is a great approach to catch the vulnerabilities before the code is delivered. This ensures safer software with a minimum amount of functional and security issues.

For example, let’s take a look at a usual CI/CD pipeline:

Imagine the following scenario: John the developer writes code and commits it to GitHub.

In the best case scenario, a CI build is triggered for scanning and testing the build. The binary analysis tool (JFrog Xray) analyzes the code and reports that a vulnerable component is found. John gets the reports and needs to determine whether he can upgrade the component’s version or use another component. Precious development time spent.

Now, let’s examine a different approach. In addition to scanning their builds as part of their CI, which is to the right of the CI/CD pipeline, John and Steve are using a dependencies scanner extension inside their IDE, which is all the way left in the CI/CD pipeline.

Extensions & Plugins in the Market 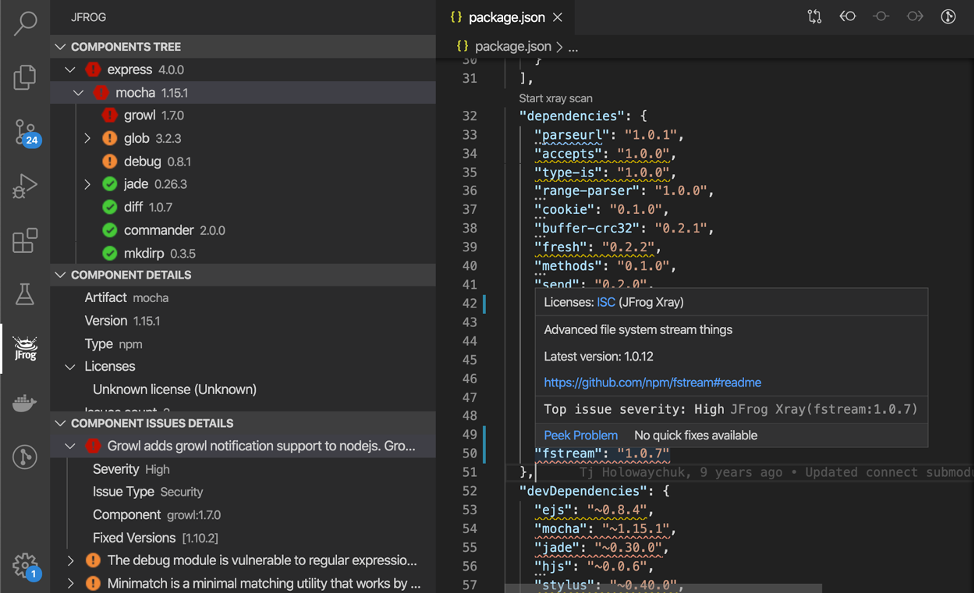 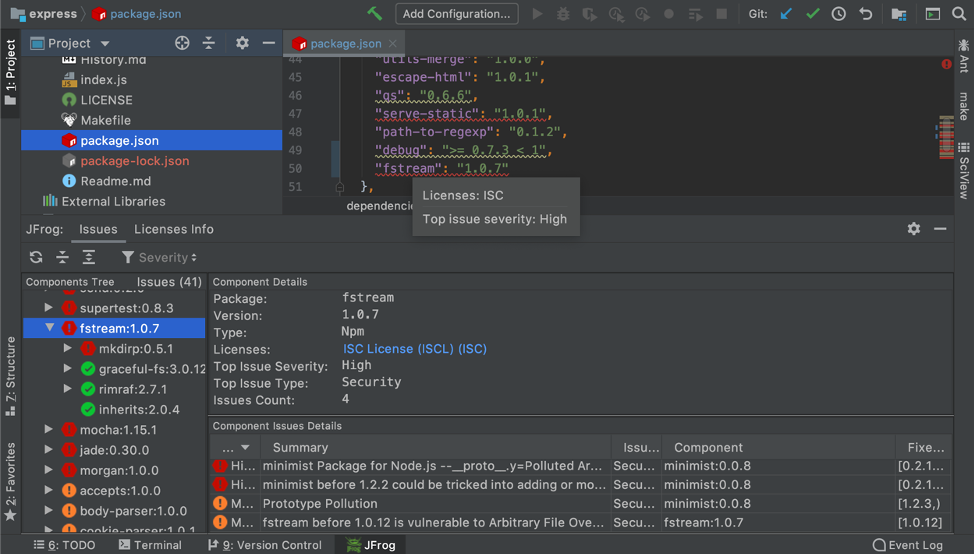